One of the elements that makes Hollyglen and Del Aire such a great community and housing option is the award winning Wiseburn School District.  Although located in the city of Hawthorne,

Hollyglen residents attend this award winning school system.  Not only are the schools highly rated, but they offer a great neighborhood feel with most being walkable from wherever you live in the area.

See the Current Homes for Sale in the Wiseburn District Boundaries**

One of the main concerns residents have had over the years is the lack of a local high school.  Students that graduated from the local middle school were often then enrolled in the Centinela Valley district.  As of 2015 a bond measure was passed for the construction of a local high school that will be located in nearby El Segundo.

We are proud sponsors of the Wiseburn Ed Foundation! 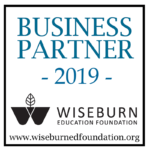 From a real estate perspective the Wiseburn School District has a significant impact on housing values.  Homes in the district are generally priced considerably higher than those outside of the district boundaries…even if just a few blocks away.

The Wiseburn Unified School District is a small  public school system in the El Segundo/west Hawthorne area that serves the Wiseburn communities of Del Aire, Hollyglen, and Wiseburn.

The Wiseburn Unified School District has entered into a  partnership with the Da Vinci Charter Schools  since 2009.  These independent charter schools were locally created to provide a high school option for Wiseburn students.  As mentioned above, in 2015 a bond measure was passed allowing for the construction of the Wiseburn High School campus that would house the three separate Da Vinci Charter Schools.  See the current homes for sale in that attend the Wiseburn School District** 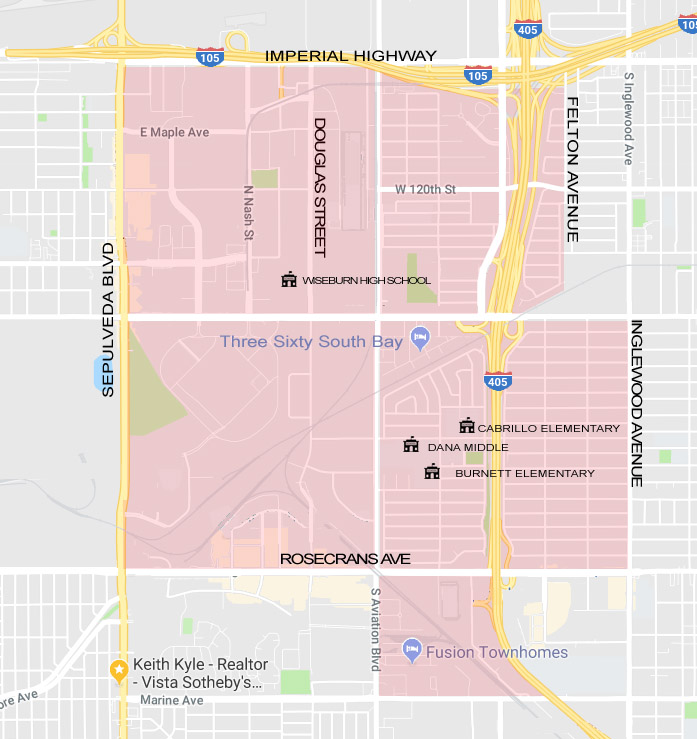 As the Wiseburn district is hightly sought after the district has boundary requirements for local residents.  The district boundaries are roughly Sepulveda Boulevard on the west, Marine Avenue on the south, Imperial Highway on the north, and Inglewood Avenue on the east.  **Please note that we are providing the following for information only and cannot guarantee eligibility to the district.  Please consult with the district offices to determine residency restrictions and elegibility for the district.

The northern and southern boundaries west of Aviation Boulevard are Imperial Highway and Rosecrans, respectively with Sepulveda.  The area is part of the City of El Segundo and is mostly commercial space.

Current Homes for Sale in the Wiseburn School District**